Why Sourcing Information Carefully Is Vital On Social Media 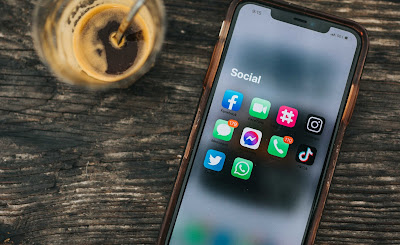 Over the past few years, social networking has experienced a mass boom. Websites, such as Twitter and Facebook, have become integrated as a routine part of our everyday lives. The introduction of innovative communication technology raises questions regarding how media will adapt as a result. This is especially the case for journalism and the sourcing of news.

The popularity of social media websites is rather astonishing. Nevertheless, journalists cannot merely take everything they see on social networking websites as the truth. On Twitter, rumours fly around every day regarding the death of famous people, and to falsely report a death would severely damage a news organisation’s credibility and even lead to a legal fall-out. Thus, journalists must take extreme care to authenticate a story before it is posted. This is something that legal experts like Rockwell Legal Group will testify to.

Finding the balance between making sure your information is fact and breaking the story as quickly as possible is often a tricky one. Whilst social networking websites may be problematic for journalists with regards to the credibility of the material they find, there is no issue if the information comes directly from the source’s mouth. A lot of stories are created around things celebrities have said on Twitter. Celebrities are easily identified by the tick on their Twitter account, which shows they’ve authenticated their account.

A common use of celebrity Twitter accounts is when a famous personality has died. News organisations often run stories with celebrity tributes that have been posted on the social networking site. This makes the journalist’s job a lot easier because instead of having to ring up representatives for a quote they merely have to check the celebrity’s Twitter feed.

Articles are not only aided through Twitter, but stories can also be created via things celebrities post. There are controversial celebrities, such as Rihanna and footballer Joey Barton, who are well known for saying ‘too much’ on Twitter, this alone can be the source of a story.

Perhaps one of the biggest advantages of online social media is that it gives journalists access to information and material that they otherwise wouldn’t have. The first obvious occurrence of this was during the Virginia Tech shootings in 2007.

This is especially helpful in countries that have tight media restrictions, such as Iran. During the Iranian election protests in 2009, there were a very minute number of journalists who were allowed to report independently inside Iran. As a result, Twitter in particular seemed to be a huge source of information.

This post has touched upon the need to validate stories, use journalistic judgement and of course name the source of your stories. However, when covering a unique situation in a country with massive press restrictions, such as the one in Iran, doing the first two proves very difficult. The Iranian election protests proved to be a massive headache for news organisations; they had an influx of information, videos and pictures coming from outside contributors, but no way to validate the stories nor piece together an entire picture of what was happening in Iran.